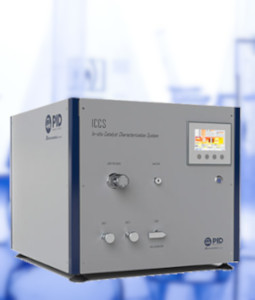 A new equipment designed by PID Eng&Tech (a Micromeritics company) that serves to characterize the catalyst arranged in any dynamic flowing system without the need to discharge it from the reactor. It is a versatile unit that has all the necessary equipment so that once connected to any dynamic flow system, it allows thermo-programmable tests, as well as the pulse technique to characterize the dispersion of the active phase of any heterogeneous catalyst under conditions of work.

This equipment carries a detector sensitive to any change in the thermal conductivity of the analysis gas when producing any reaction in the catalytic bed. In addition, it includes its own software to follow the signal of the detector when producing the reaction and the subsequent integration and manipulation of the peaks produced by the reaction. 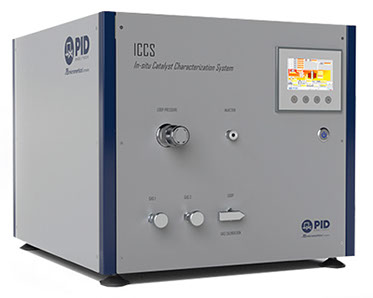 The ICCS connected to an Microactivity EFFI

It is worth mentioning the importance of having a chemical characterization of the catalyst, since without it there is no prediction of the activity of this, even more, when this catalyst can be characterized in situ after its deactivation without the need to extract it from the reactor, thus avoiding its contact with the atmosphere 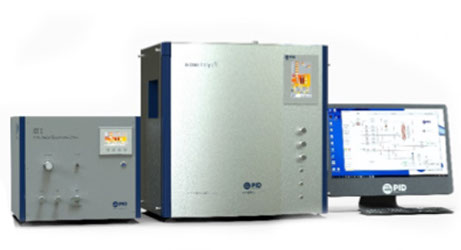 The shift in the reduction temperature as function of increasing pressure

This new equipment can perform analyzes from atmospheric pressure up to a limit of 20 bar depending on the equipment to which it is connected.

As an example, the results of CuO TPR demonstrate the effect of the pressure on the reduction and displacement of the peaks towards lower temperatures, which minimizes the sintering effect due to the high temperatures 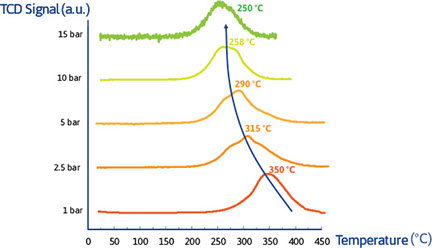 All this can be carried out by connecting this equipment to any dynamic system, since the system has its own gas mass controllers, as well as a calibrated "loop" to perform pulses in case you want to determine dispersion. In Fig. 1 the equipment is shown connected to a Microactivity EFFI device, but it can also be connected to equipment such as the ASAP 2020 Chemi from Micromeritics.