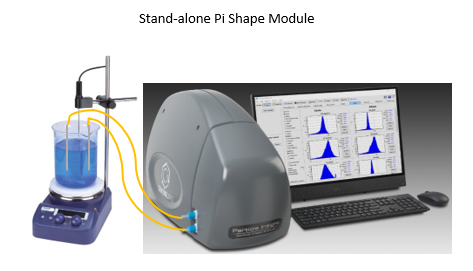 Not all particles are round. In fact, very few are in real life. Laser diffraction performs an indirect measurements of size. What this means is that what is being measured in laser diffraction is NOT the actual size of the particle but rather the diffracted angular light intensity that is scattered as a function of size. As a result, this method as well as many others used in industry, assume that particles are spherical in nature when reporting size information. The calculations rendered are based on what is known as Equivalent Spherical Diameter. If the particles being measured are, in fact, round in nature, this would be an accurate way of checking the size, however if they are not round, and most are not, then assuming they are round when looking at statistical results may lead the operator to believe that the particles will perform one way when in fact they will perform differently. 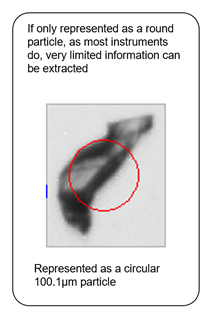 Image Analysis performs a direct measurement of the particle. Unlike Laser Diffraction and other indirect measurement techniques, Image Analysis will take measurements of images of the actual particle. By doing this, calculations can be made to render many different measures about a particle. In the similar case shown above, the 100 µm diameter particle, assuming it is round in nature, would have up to 30 additional measurements calculated. This gives the user much more confidence to make correct assumptions of how their particles will perform. 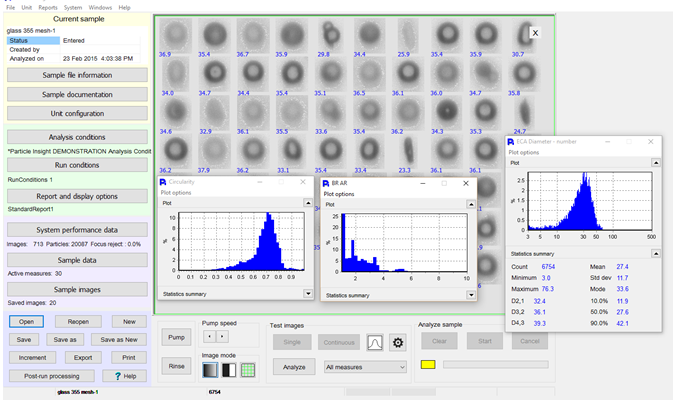 Value for the users of Laser Diffraction 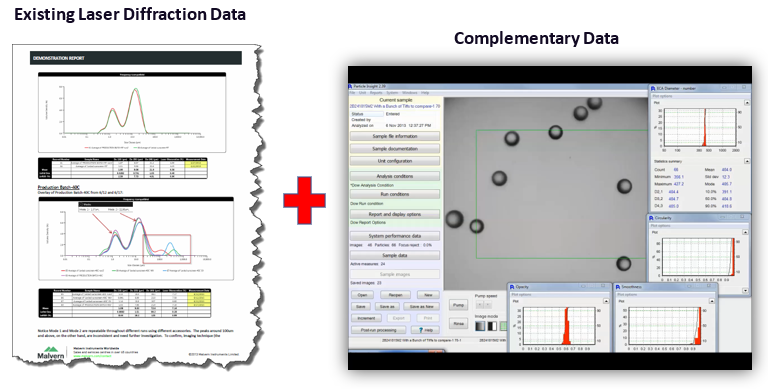 As a new generation of the traditional Particle Insight instrument, the new features are: 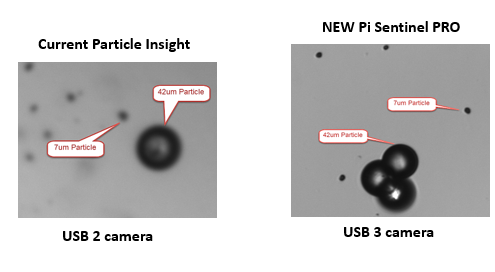 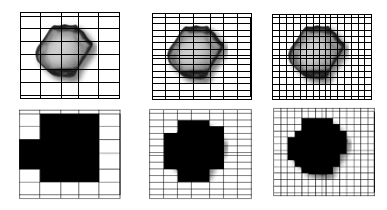 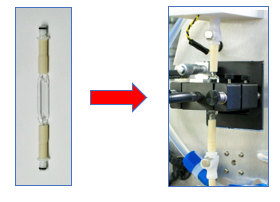 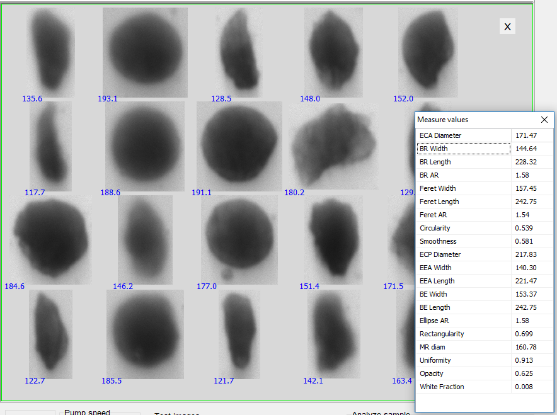 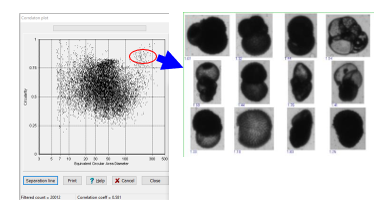 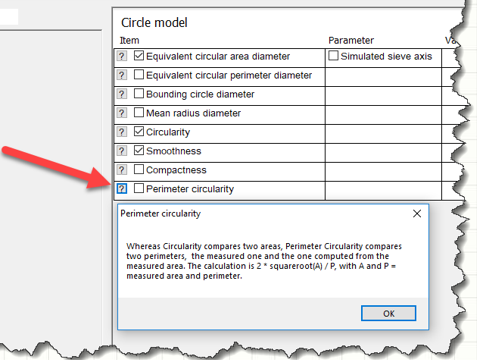 New 3 digits resolution. Circularity and ALL other fraction measures have data reported with 3-decimal place accuracy. A requirement for transition from FPIA data to Pi Sentinel PRO data. 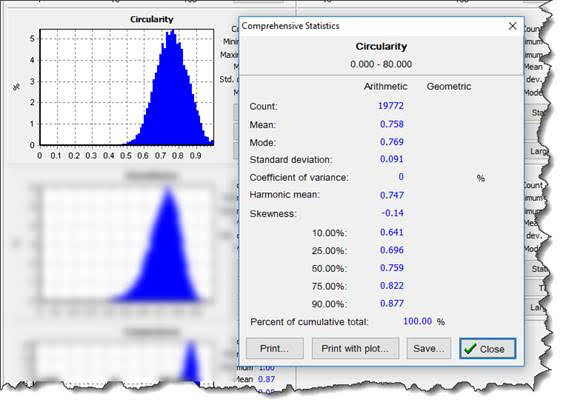 New software interface. The software user interface has been changed to reduce the clutter of options presented to the user. The user still has all the options of the old Pi, they are just accessed differently. 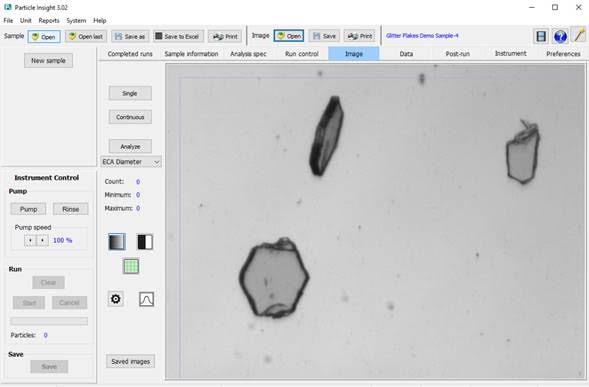